Koffi Olomide given another kick as Zambia cancels his show 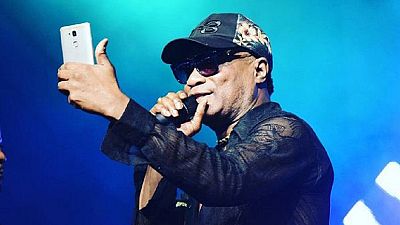 After his arrest and subsequent deportation from Kenya after kicking his female dancer, Koffi Olomide’s fate has rippled to Zambia where his performance at an agricultural show was canceled by organisers on Sunday.

The Agricultural and Commercial Society of Zambia in a statement on Sunday decided to cancel the famous Congolese’s performance at it’s 90th show next week.

“Following the reported unfortunate incidence in Kenya concerning Koffi Olomide, the Agricultural and Commercial Society of Zambia has decided to cancel his performance during this year’s Show,” it explained.

The 59-year-old singer, who was scheduled to hold a concert in Nairobi on Saturday was caught on camera during his arrival in the country at the airport kicking his female dancer in the stomach.

The video went viral and many Kenyans called for a reaction from the authorities. He was subsequently arrested by Kenyan police during an interview on Friday evening, spent the night in jail at the airport police station and then deported to Congo the next morning.