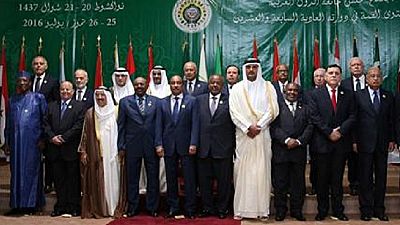 Arab leaders and top diplomats of the Arab world congregated in a large tent in the Mauritanian capital, Nouakchott, on Monday for the opening ceremony of the 27th Arab League Summit. But the talk of the day centered around the absence of two heavyweights of the Arab world, Egypt and Saudi Arabia.

Even though anti-terrorism is billed to feature strongly in the talks, delegates are also looking to give a new push to Israeli-Palestinian peace talks.

The Summit is chaired by Mauritanian President Mohamed Ould Abdel Aziz. Earlier on Sunday, Arab foreign ministers voiced support for a new French initiative aimed at relaunching Israeli-Palestinian talks and holding an international conference for peace by close of 2016.

Last year, delegates at the summit pushed for the creation of a joint Arab military force against Islamic militants and issues of insurgency in the region.

Ahead of the Summit, the Deputy Secretary, Ahmed Benhali, was reported by a Mauritanian radio network to have said: “The issue of terrorism and its impacts on the Arab national security will be at the centre of Nouakchott summit works.”

About the Arab League