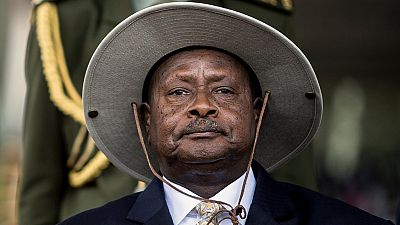 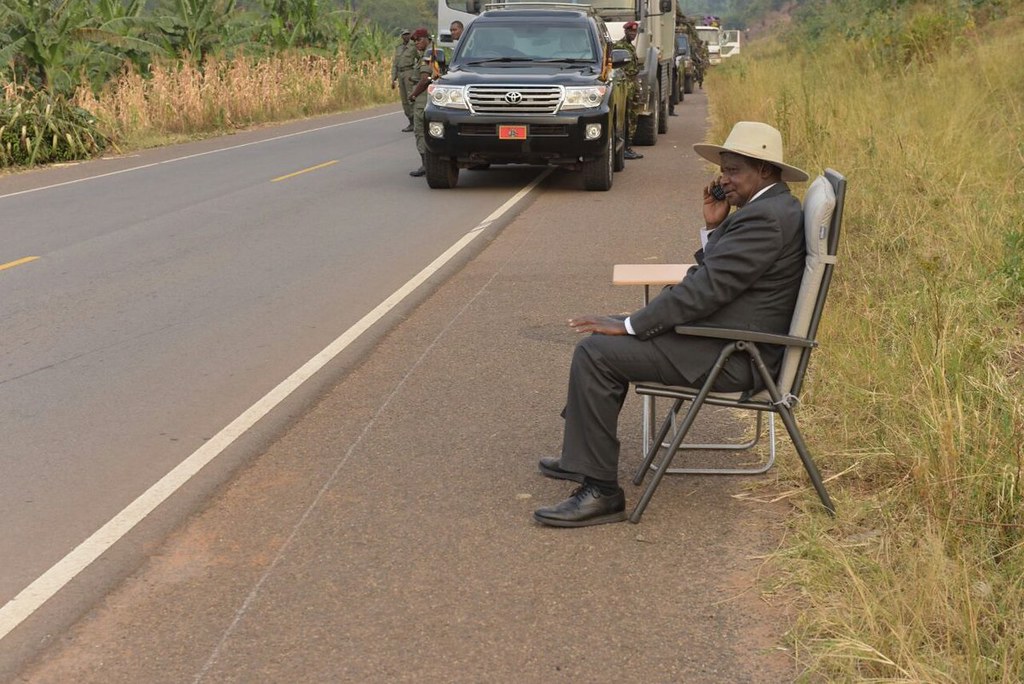 Uganda’s President Yoweri Museveni, over the weekend caused his presidential convoy to stop along a road in the Kyeirumba village in Isingiro district.

The president stopped to make a phone call, a fleet of cars in his convoy parked on the side of the road, whiles his security details stood a distant away but eyes set on the first gentleman of the land who seemed concentrated on his presidential phone call.

The president in full suit and with his usual round hat sat in a foldaway padded chair with a foldaway table to his right.

President Yoweri Museveni according to the government’s center for public communications, ‘‘made a surprise stop at the high way at Kyeirumba village in Isingiro district to make a phone call shortly after attending the World Population Day commemoration in the district.’‘