Zuma in France, says South African wine is the best 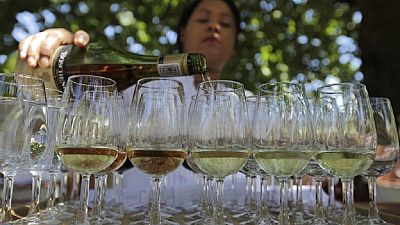 South African President Jacob Zuma while addressing a South Africa – France Business Forum in Paris said, wine made in the rainbow nation is the best.

‘‘Yes, South African wine is the best! If you have not tasted it yet, do not be left behind. Do so without delay. You will not be disappointed,’‘ Zuma said.

Zuma is on an official visit to France, the second during his presidency, which saw him hold high level bilateral meetings with his French counterpart, Francois Hollande.

Yes, South African wine is the best! If you have not tasted it yet, do not be left behind. Do so without delay. You will not be disappointed.

‘‘We welcome the agreement that the EU will eliminate export subsidies on agricultural goods destined to the Southern African Customs Union as this will go a long way in addressing the trade imbalance to the two regions,’‘ Zuma said.

According to him, the development-oriented agreement was the first of its kind with an African region pursuing regional economic integration.

He added that, in pragmatic terms, the agreement opened South Africa to improved market access for 32 agricultural products, with a significant improvement in their access to the EU market for wine, sugar and ethanol within the agreed upon duty free ranges.

“There is also improved access for our exports of flowers, some dairy, fruit and fruit products,” he added.

According to the EPA agreement, intra-regional trade and industrialization across southern and Eastern Africa will also be facilitated as a result of the improvement of the EPA rules of origin.

This economic integration will create a common market which will comprise of 600 million consumers, a combined GDP of one trillion dollars and offer enormous opportunities for business.

This year will also see the implementation of the Tripartite Free Trade Area which is an agreement between the Heads of State of 26 African countries to establish a free trade area.