Theresa May to take over as UK's Prime Minister 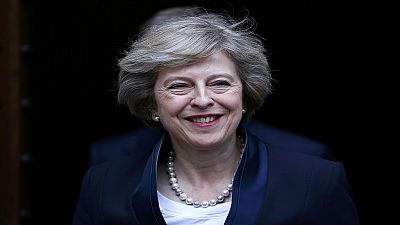 Theresa May will take over from David Cameron on Wednesday and become the UK’s first female prime minister since Margaret Thatcher.

BREAKING: Theresa May will become the next UK prime minister on Wednesday https://t.co/TeGqah7OFb pic.twitter.com/Lj1iIsOJAp

Britain’s home secretary was left as the only candidate in the race to be the new Conservative Party leader after Andrea Leadsom pulled out and Cameron then said he would quit much earlier than planned.

Brexit means Brexit and we are going to make a success of it. Second we need to unite our country and third we need a strong new positive vision for the future of our country

May declared she is “honored and humbled” to be chosen as the new leader and vowed to govern for the whole country and “not just the privileged few”, promising a crackdown on corporate excess.

The 59 year old’s mammoth task will be to prepare Britain’s Brexit negotiations with Brussels – something she’s said should not be rushed.

“Brexit means Brexit and we are going to make a success of it. Second we need to unite our country and third we need a strong new positive vision for the future of our country,” the incoming PM said.

“Brexit means brexit and we're going to make a success of it” said the U.K.'s next prime minister Theresa May https://t.co/5yhZwXTfcS

How Theresa May will face down the European Union #TheresaMay https://t.co/AXmGxAPGdt

Cameron – who’ll be remembered as the prime minister who triggered Britain’s departure from the EU – gave his backing to his successor.

“It’s clear Theresa May has the overwhelming support of the Conservative Parliamentary party. I am also delighted that Theresa May will be the next prime minister, she is strong, she is competent, she is more than able to provide the leadership that our country is going to need in the years ahead and she will have my full support,” Cameroon asserted.