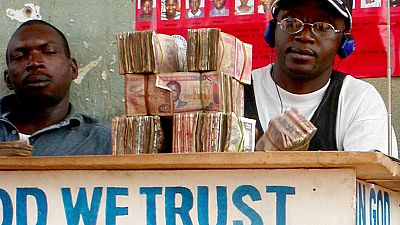 The Liberian currency has depreciated to as low as 91 Liberian dollars to 1 US dollars, creating panic among the country’s members of parliament.

On Tuesday, the House of Representatives called for an intervention to prevent further strain on the economy which is already affecting the salaries of the working population.

Prince Tokpah, an MP told the house that the government’s decision to give civil servants 70% of their salaries in Liberian dollars and 30% in US dollars has caused indebtedness making it difficult for them to pay loans, the Liberian News Agency reports.

“If the situation is not addressed civil servants will be subjected to more economic constraints as a result of growing exchange rate. The CBL (Central Bank of Liberia) should be invited to answer to the depreciation of the Liberian dollar,” he said.

The House agrred that the central bank with the help of the finance minstry should work together to solve the depreciation problem.

In another development, employees of one of Liberia’s oldest private companies, Abi Jaoudi Enterprise, had protested against the conversion of their salaries from US dollars to Liberian dollars.

Their grievances are against their management for not providing them with due notice as they had always been paid with US dollars.

The group of workers threatened to channel their grievances to the labour ministry if nothing is done because the company’s action was a “violation of the labour law”, local media report.

Liberia has received a number of grants from the EU and other donor organisations to support its fragile economy due to the Ebola epidemic.

It attributes its financial problem to the fall of demand for iron ore and rubber which are their two top exports and also reduced budget support.