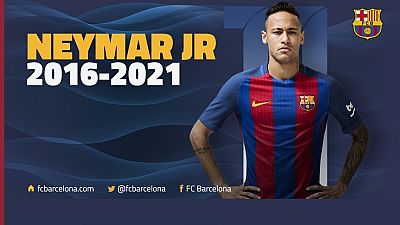 Brazilian striker Neymar has extended his contract with Barcelona until June 2021, the Catalan club said in a statement on Friday.

[VIDEO] The magic of NeymarJr in his first 3 seasons at Barça. Which is your favourite? #Neymar2021 https://t.co/opt2QkLSgO