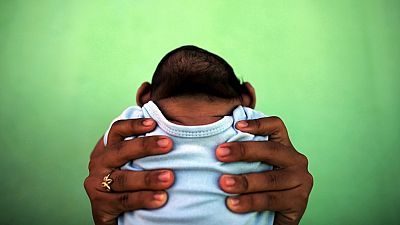 Cape Verde has recorded a number of 11 babies born with microcephaly, a rare birth defect linked to the Zika virus which reached the archipelago in October 2015.

“The women became pregnant during the second half of 2015. They began to give birth and now we count 11 cases of babies with microcephaly in a cumulative total,” an epidemiologist from the Ministry of Health, Maria de Lourdes Monteiro said.

Nine of these cases were reported in Praia and two on the island of Maio. The number includes a stillborn baby, Dr. Monteiro said on Thursday at a meeting on the impact of Zika organized by the UN in Praia.

She also reported that ultrasounds on pregnant women in Sao Filipe (Fogo Island, south of the archipelago), revealed three fetuses are likely to have the malformation at birth between July and August.

According to the country’s Ministry of Health, the number of Zika cases are currently low and the last count conducted shortly before the end of May identified three cases: two in Praia, the capital city located on the island of Santiago, and on the island of Maio (South Sea), they said in a statement.

This decline continues but the ministry has called for increased vigilance during the rainy season, which usually extends from August to October.

All suspected babies with microcephaly and their parents are monitored by specialists, including psychologists and neurologists, the Ministry of Health added.

Since the emergence of the virus, Cape Verde has recorded about 7,500 cases, mostly on the islands of Santiago and Fogo.

According to authorities, the Zika epidemic is under control in the archipelago and a laboratory to screen all pregnant women living in the islands affected by the virus was introduced in March in Praia with the help of the Pasteur Institute in Dakar.

The virus is mainly spread by bites from infected mosquitoes but can also be transmitted sexually and from mother to fetus.

The World Health Organisation has assured that they will support African countries to step up preparedness efforts for early detection like it was done in West Africa during the Ebola emergency.

The Zika virus has spread in over 30 states in Latin America and the Caribbean. WHO recently declared the virus a global emergency and anticipates it will affect as many as 4 million people.