The international money lender says the development is important to reduce fiscal and external imbalances.

Nigeria’s Central Bank earlier this week announced the introduction of a new system (from June 20) which will lead to a significant devaluation of the naira which for 6 months had been pegged at 197 to a dollar.

The guidelines for the operation of the Nigerian interbank foreign exchange market is an important welcome step.

In a letter to the Nigerian president, the Central Bank governor said he expects the naira to settle at about 250 to the dollar.

Senior IMF officials have also urged Nigerian officials to allow the naira to fall to absorb some of the shock the economy has suffered as a result of the plunge in oil prices and revenues.

Nigeria had resisted debasing the naira for over a year despite other major oil producers allowing currencies to fall amid lower crude prices.

This is the third devaluation since November 2014 after Nigeria’s Central bank debased the naira by 8 per cent to 168 to the dollar and also raised the private sector Cash Reserve Requirement (CRR) to 20 per cent from 15 per cent. 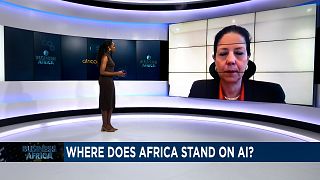