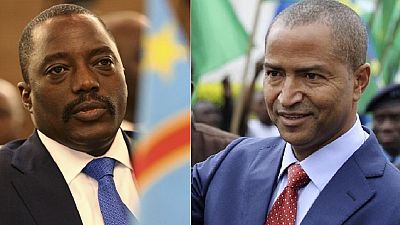 <p>An American national Darryl Lewis, working as a security adviser to the leading opposition figure in the Democratic Republic of Congo, Moise Katumbi, has been freed after six weeks in detention, the country’s general prosecutor has said. </p> <p>Lewis was arrested during a street protest and detained on April 24, together with three other members of Katumbi’s entourage in the southern city of Lubumbashi. </p> <p>The <span class="caps">DRC</span>’s general prosecutor, Victor Mumba Mukomo said Lewis has been handed over to the U.S ambassador in the capital Kinshasa. </p> <p>Congolese authorities said the US citizen was arrested because he did not have a permit to work in the country. Although he is being allowed to return to the US, the case against him will remain open. </p> <p>Azarias Ruberwa, lawyer for Darryl Lewis has confirmed the latter would return home but added that US officials were also looking into the matter.</p> <blockquote class="twitter-tweet" data-lang="en"><p lang="en" dir="ltr"><a href="https://twitter.com/hashtag/Congo?src=hash">#Congo</a> frees U.S. security adviser working for presidential contender Moise <a href="https://twitter.com/hashtag/Katumbi?src=hash">#Katumbi</a> <a href="https://twitter.com/Reuters"><code>Reuters</a> <a href="https://t.co/T5zWTyksaA">https://t.co/T5zWTyksaA</a></p>&mdash; Joe Bavier (</code>JoeBavier) <a href="https://twitter.com/JoeBavier/status/740616297990508544">June 8, 2016</a></blockquote> <script async src="//platform.twitter.com/widgets.js" charset="utf-8"></script> <p>Katumbi was last month arrested and charged for hiring mercenaries as part of a plot against the state. </p> <p>But the former governor of the oil-rich Katanga province has denied the charge describing it as a calculated attempt to derail his presidential ambition. </p> <p>It is not yet clear if Lewis’ arrest was connected with the state’s claims that Katumbi had recruited foreign mercenaries. </p> <p>Political tension is high in the <span class="caps">DRC</span> as the opposition is demanding president Joseph Kabila leaves office when his mandate expires in December. </p> <p>Elections are expected to be held in November but it is not yet clear if the planned poll will go ahead as the government has cited logistical and budgetary challenges, a move the opposition considers a ploy by the president to extend his stay in office. </p> <p>The country’s constitutional court has meanwhile ruled that president Kabila can stay on if power if polls are not held as scheduled. </p> <p><strong><em>Reuters</em></strong></p>