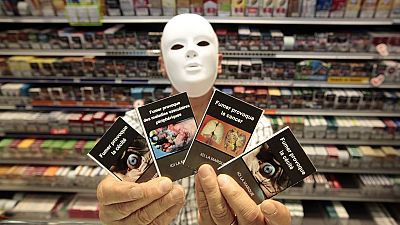 The United Nations health outfit, the World Health Organization (WHO) is strongly pushing for plain packaging of tobacco products as a sure measure to cut down on the deadly effect of the noncommunicable disease (NCD) which leads to about 6 million deaths yearly.

On the occasion of ‘‘World No Tobacco Day,’‘ the Secretary General of WHO, Margaret Chan in a statement noted that, ‘‘Tobacco packaging is a form of advertising and promotion that often misleads consumers and serves to hide the deadly reality of tobacco use.’‘

Adding that if the glamour and glossy packaging of tobacco products were stripped off, what would be left is, ‘‘A product that kills almost 6 million people every year.’‘

What does plain packaging mean?

Plain packaging refers to “measures to restrict or prohibit the use of logos, colours, brand images or promotional information on packaging other than brand names and product names displayed in a standard colour and font style (plain packaging).

The statement cites evidence of how effective plain packaging could reduce the use of tobacco and save lives, stating that after Australia implemented plain packaging laws in 2012, it recorded 100,000 fewer smokers in the about 3 years.

‘‘The evidence tells us that plain packaging reduces the attractiveness of tobacco products. It restricts tobacco advertising and promotion. It limits misleading packaging and labeling. And it increases the effectiveness of health warnings,’‘ the statement added.

It further cited how UK and Wales courts had recently dismissed 17 challenges brought by tobacco industry players against the UK’s plain packaging laws. Lauding countries such as France, Ireland the the UK who have all joined Australia in the plain packaging legislation bracket.

WHO have over the years been at war with powerful global giants in the tobacco manufacturing sector. The UN agency says the industry has launched a huge global misinformation campaign dating as far back as 1993.

‘‘WHO has stood up against this campaign, replacing falsehoods with the facts.
While plain packaging represents a power tool for tobacco control, it also builds upon other measures that governments have at their disposal to curb tobacco use. It is recommended that plain packaging be used as part of a comprehensive multisectoral approach to tobacco control,’‘ the statement by Margaret Chan further asserted.

Tobacco control measures are included in guidelines to the WHO Framework Convention on Tobacco Control (WHO FCTC), a legislation that the WHO says it would do whatever it takes to accelerate its implementation.

WHO insists that to improve global health, there is the dire need to reduce premature deaths from noncommunicable diseases (NCDs) like cancers, heart and lung disease, and to achieve the Sustainable Development Goals.