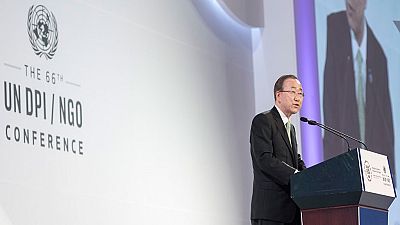 The United Nations Secretary-General, Ban Ki-Moon has expressed disappointment at the threat of the freedom of civil society and non-governmental organizations posed by governments and the United Nations.

We can not allow authoritarian impulses to silence the voices of NGOs, Ban Ki-moon at #UNNGO2016 pic.twitter.com/dEjf3AyljW

At the opening session of the 66th UN Department of Public Information/ Non-Governmental Organizations Conference on Monday in Gyeongju, Republic of Korea, Ki-moon said he is a strong believer of NGOs and they should work freely without hindrances.

I am deeply disappointed that ECOSOC NGO Committee recently denied the CPJ consultative status. I was also opposed to the exclusion of LGBT organizations from the upcoming AIDS meeting.

“Four days ago, I denounced the shrinking democratic space and urged freedom for CSOs and NGOs and human rights defenders. Unfortunately, that freedom is under threat, including at the last place this should happen: at the United Nations,” he said with reference to the recent denial of the Committee to Protect Journalists (CPJ) a consultative status by UN’s Economic and Social Council (ECOSOC) NGO Committee.

“I am deeply disappointed that the Member States on [the] ECOSOC NGO Committee recently denied the CPJ consultative status. I was also opposed to the exclusion of LGBT organizations from the upcoming High-Level Meeting on Ending AIDS,” he added.

A rather displeased Ban Ki-moon said the NGOs like the LGBT organisations are close to epidemic affected communities and must be part of the meeting on ending the disease.

He called on UN Member States to stop suppressing NGOs saying “without their participation, no initiative, however visionary, can be fully achieved. That’s a very valuable lesson I have learned.”

The conference, which is under the theme: Education for Global Citizenship, started from May 30 with a series of roundtable discussions, workshops and youth caucuses with civil society representatives and groups.

Over 2000 participants from civil society are at the conference which ends June 1. 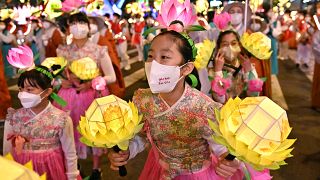