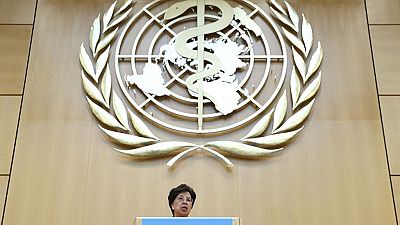 The recent outbreak of the deadly Ebola virus in west Africa and the Zika outbreak which is gradually spreading beyond south America, have prompted calls for the strengthening of frontline health care systems.

Director General of the World Health Organization, Margaret Chan, has warned that “the world is not prepared to cope” with the rise in infectious diseases.

“What we are seeing now looks more and more like a dramatic resurgence of the threat from emerging and re-emerging infectious diseases,” she told delegates at the 69th World Health Assembly in Geneva, Switzerland.

The possibility that a mosquito bite during pregnancy could be linked to severe brain abnormalities in newborns alarmed the public and astonished scientists.

“The world is not prepared to cope. High-level assessments of the Ebola response have consistently called for more resilient health systems as a first line of defense. And this is also the position taken at the G7 summit being held later this week in Japan,” she said.

Since last, hitherto dormant diseases such as Ebola and Zika have re-emerged taking the global health by surprise.

“The Ebola outbreak in 3 small countries paralyzed the world with fear and travel constraints. Last year, a business traveller returning home to the Republic of Korea, infected with the MERS coronavirus, disrupted the country’s economy as well as its health system. The rapidly evolving outbreak of Zika warns us that an old disease that slumbered for 6 decades in Africa and Asia can suddenly wake up on a new continent to cause a global health emergency. This year’s appearance of urban yellow fever in Africa, now confirmed in the capital cities of Angola and the Democratic Republic of Congo, is yet another serious event with potential for further international spread” Chan said.

She however warned that with “changes in the way humanity inhabits the planet … there will always be surprises”.

The changes in human activities she indicated “have given the volatile microbial world multiple new opportunities to exploit”.

“The possibility that a mosquito bite during pregnancy could be linked to severe brain abnormalities in newborns alarmed the public and astonished scientists. Confirmation of a causal link between infection and microcephaly has transformed the profile of Zika from a mild disease to a devastating diagnosis for pregnant women and a significant threat to global health,” she said.

Chan also warned against the focus on profit-oriented policies which she said is affecting global health.

“As the international community enters the era of sustainable development, the global health landscape is being shaped by three slow-motion disasters: a changing climate, the failure of more and more mainstay antibiotics/antimicrobials, and the rise of chronic non-communicable diseases as the leading killers worldwide. These are not natural disasters, they are man-made disasters, created by policies that put economic interests above concerns about the well-being of human lives and the planet that sustains them.”