Liberia and Guinea to probe alleged corruption in mining sector 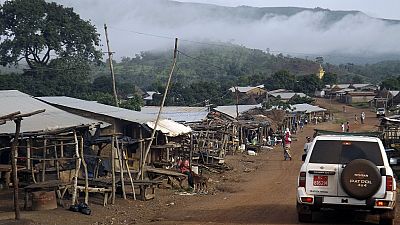 Guinea and Liberia have assured that they will work with Global Witness to gather evidence for a judicial investigation into allegations by the watchdog group that Sable Mining Africa Ltd provided money used for bribes to further its business interests, a government spokesman said.

Global Witness said in a report last week that Sable worked to provide bribe money through the account of the son of Guinea President Alpha Conde to help secure the rights to the Mount Nimba iron ore concession.

The report also state thousands of dollars were spent including travel and phone calls expenses on the Chief of intelligence services of the country and son of President Ellen Johnson, Fombah Sirleaf.

The priority is to get together all the evidence alleged in the report. After that we will decide the next step. Conde wants to manage the mining sector transparently.

It further alleged that the company, which is registered in the British Virgin islands, paid bribes to several Liberian officials to secure the Wologize iron ore concession.

Guinea’s government had announced last Saturday it had taken the allegations seriously and was determined to run a clean mining industry.

The president said on Sunday that neither he, nor any member of his family, was involved in corruption and also promised to push Global Witness to prove their allegations.

“The priority is to get together all the evidence alleged in the report. After that we will decide the next step,” government spokesman Damantang Albert Camara told Reuters. “Conde wants to manage the mining sector transparently.”

But officials have said Guinea does not intend to take legal action against the group and will seek to collaborate with Global Witness in investigating the allegations in the report.

The statement records that the Chief Executive Andrew Groves of Sable, non-executive director Aboubacar Sampil and former England cricketer Phil Edmonds, who resigned as chairman in 2014, “strenuously deny any wrongdoing”.

Guinea is a significant producer of bauxite and iron ore, while its neighbour Liberia has reserves of iron ore, gold and diamonds.

Both West African states have elected governments and are counting on their mineral sectors to boost their economies after an Ebola epidemic that raged in 2014 and the first part of 2015.