South Sudan pledges to combat sexual violence by its forces 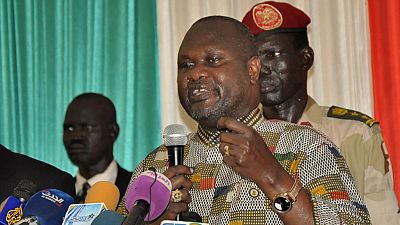 He made the promise when he met with the UN’s Special Envoy on Sexual Violence in Conflict, Zainab Bangura who was visiting the country.

The UN says practices of sexual violence against young girls and women were rife during South Sudan’s 2-year conflict.

Amnesty International in a report last August noted that both sides in the conflict violated international humanitarian laws and perpetrated gross human rights abuses including rape and other forms of sexual violence.

Machar assured the UN Envoy of the government’s preparedness to embark on an awareness campaign on the issue of sexual violence.

“Now we are settling in and very soon, we will start this project and increase awareness among the army and the police and other security organs,” he said.

Machar however called on the UN for support “in terms of personnel to help us develop such a manual and also in the training of the forces”.

Bangura’s visit is expected to culminate with the validation and launching of an implementation plan to address sexual violence in armed conflict.