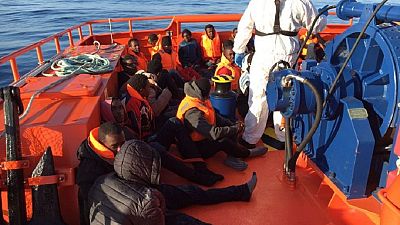 The mobile phone records of the head of Egypt’s street vendors union has been handed over to Italian investigators looking into the murder of Giulio Regeni in Cairo, Reuters reports.

This comes ahead of an expected visit by the Italian investigators to Egypt on Sunday for talks.

A legal source cited by Reuters said Egyptian authorities sent the records of five people including Mohammed Abdullah, the head of the union, who is said to have direct knowledge of the probe.

The identities of the other four people whose phone data was handed over to Rome have not been released neither has Italy said why it was seeking the information.

The vendors according to Reuters, were often used by the police in the aftermath of the 2011 uprising to attack protesters or acted as informers.

Italy has asked for the phone records of 13 individuals as well as other information including video footage from surveillance cameras.

Italian authorities are also requesting help from Google about Giulio Regeni’s email account. An email was reportedly sent from the his account on March 23 and investigators are trying to find out who hacked into the mail and why.

Regeni, who was doing his postgraduate research into the union went missing on January 25. His body was however found on February 3 on the side of a road on the outskirts of the capital, Cairo with signs of torture.

There have been varied accounts about the whereabouts of Regeni when he went missing.

Last month, Italy recalled its ambassador to Egypt for consultations to protest what it said was the slow pace of the investigation and the perceived lack of cooperation.