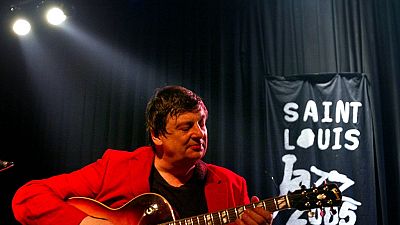 Senegal has cancelled the annual Saint-Louis Jazz festival, due to open next week, citing security concerns.

The festival is a popular event in the northern seaside town, attracting foreign tourists as well as Senegalese music lovers.

All events linked to the festival, scheduled to run from May 11-15, have been banned.

Several local and international artists were lined up to play at the 24th Saint-Louis Jazz festival including Cuban pianist Omar Sosa, US jazz fusion bassist Marcus Miller and Senegal’s own Cheikh Lo.

“All events linked to the festival, scheduled to run from May 11-15, have been banned,” Mariama Traore, prefect for the northwestern Saint-Louis region, said in a statement.

Last week, the US embassy issued a fresh warning to its citizens in Senegal, saying that it had “learned of reports that unspecified locations in Senegal, including those associated with Westerners, may be the target of an attack by extremists.”

It said it had also learned “of a recent attack being planned by terrorist groups against unspecified targets in Senegal”.

The west African nation has until now avoided the kind of deadly attacks mounted by Al-Qaeda-linked groups that have claimed dozens of lives in Burkina Faso, Mali and most recently Ivory Coast.

Senegal’s president Macky Sall announced last month that he would boost manpower and equipment for military and civil defence forces in the face of increasingly bold attacks by jihadists in neighbouring countries.

Some of the festival organisers expressed surprise at the announcement, adding that they had held many meetings with authorities about the event.