Spirulina can be an answer to malnutrition challenges in Africa - NGO 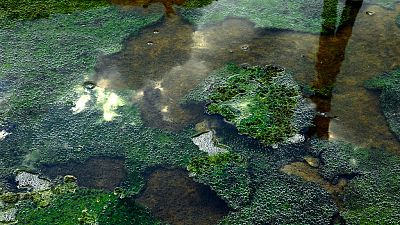 Spirulina, a cyanobacterium commonly known as ‘blue algae’ can be consumed by humans and other animals. Its producers think that it can help resolve cases of malnutrition in Africa and are already thinking of promoting its use in the continent.

Once dried, this dietary supplement, high in protein and a good source of antioxidants, B-vitamins and other nutrients can be sprinkled on food and it is also available in tablet and flake form.

“In addition to the energy it brings, it detoxifies the liver and strengthens the immune defense. This is really a healthy food product, but it’s still food, not a drug,” said Olivier Charmont, a producer.

Spirulina grows quickly and needs 20 times less land than soybeans and 200 times less than beef production. In a shallow pond, Spirulina can double its biomass every 2 to 5 days.

One gram per day can correct malnutrition in a small child in a few weeks. An added bonus is that it can be produced locally in tropical countries and is cheaper than carrots or spinach.

Research foundation, Antenna Technology has set up field tests and farms in some parts of Africa to contribute to the fight against malnutrition in the continent.

‘‘We set up about twenty farms. Some have spread as far as in Madagascar,” said Diane Jouvencel, who heads the NGO in France.

Experience in African countries which grow the algae has shown the nutritional value of Spirulina when mixed with cereals.