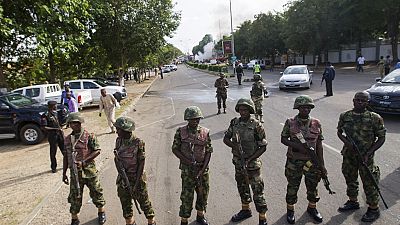 The International Criminal Court, (ICC) has commenced the process of investigating human rights abuses by the Nigeria army.

The Netherlands based court will also investigate abuses by Boko Haram, the Islamist terror group whose activities have caused the death of about 20,000 people in Nigeria since 2009, Premium Times reports.

The Nigerian military has been accused of illegal killings and incarceration by local and international groups including Amnesty International and Human Rights Watch.

However, the Nigerian government has expressed commitment to upholding the highest standards of human rights in the conduct of all international affairs including counter insurgency operations in the country.

The Minister of Justice, Abubakar Malami, made the pledge when he received a delegation from the office of the ICC Prosecutor, Fatou Bensouda.

The minister assured the delegation that Nigeria had high value for its relationship with the ICC.

Malami said that the Nigerian Army has conducted its operations in the North East region of the country in a highly professional manner, imbibing best practices in the areas of international human rights.

He also said that he was aware of the eight case files opened against Nigeria by the ICC which the prosecutor intended to investigate in her next stage of assessment of the Nigeria situation.

The minister solicited the support and understanding of ICC and the international community especially in regards to the conduct of the affairs of the Nigerian Armed Forces.