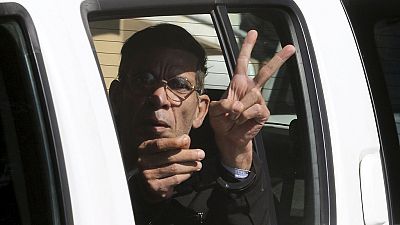 A Cyprus court on Wednesday ordered the detention for eight days of an Egyptian man who admitted to hijacking a domestic EgyptAir flight and diverting it to the east Mediterranean island nation by threatening to blow it up with a fake explosives belt, reports say

Judge Maria Loizou said she found the police’s request for the maximum eight-day detention necessary because of fears that the suspect might flee and the fact that he admitted to the hijacking in a voluntary statement to police.

The suspect presented today before the court, and he will stay in custody for eight days.

“The suspect presented today before the court, and he will stay in custody for eight days. So the case is under investigation and in the framework of this investigation we are going to take statements, and continue enquiries, just to finish the whole case,” Cyprus Police Spokesman Andreas Aggelidis told reporters outside the courthouse.

As he left the court compound in a police jeep, Mustafa stuck his hand out of an open window flashing the ‘v’ sign for victory. 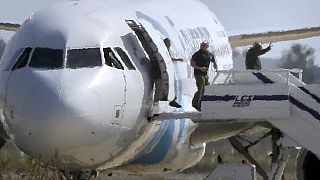