Paris attack prime suspect, 3 others captured in a Brussels raid 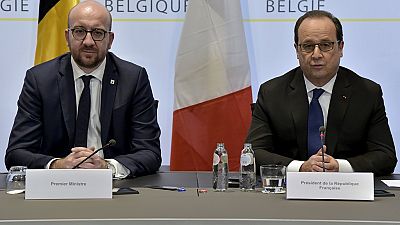 Belgian Prime Minister Charles Michel and French President Francois Hollande confirmed three suspects had been detained on Friday, March 18, following a police raid in the Molenbeek district of Brussels, including Salah Abdeslam, the most wanted fugitive after the Paris attacks in November.

Hollande said France would request very soon the extradition of Abdeslam, who was born and raised in Brussels to a Moroccan immigrant family.

“Salah Abdeslam is directly linked to the preparation, organisation and unfortunately the perpetration of the attacks,” Hollande said.

Hollande also said the security threat level was very high and that many more people than originally thought were involved in the planning of the Islamist attacks in Paris four months ago.

“We must catch all those who allowed, organised or facilitated these attacks and we realise that they are a lot more numerous than we thought earlier and had identified,” he said.

Belgian police had found fingerprints belonging to Abdeslam at the scene of an apartment raided on Tuesday, March 15, prosecutors said.

There had long been speculation about whether Abdeslam had stayed in Belgium or managed to flee to Syria.

Security services will be seeking information from Abdeslam on Islamic State plans and structures, his contacts in Europe and Syria and support networks and finance.