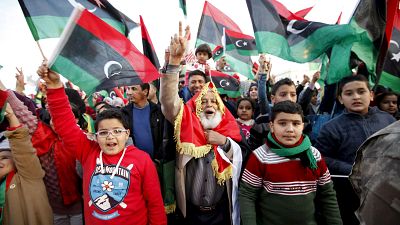 The trial of Saadi Gaddafi who is facing charges for his alleged involvement in the bloody suppression of the revolt that ended the regime of his father Muammar Gaddafi in 2011, has been adjourned until 12 April.

Saadi who was extradited from Niger on March 6, 2014, is also on trial for the 2005 murder of a former coach of Al-Ittihad football club Bashir Rayani in Tripoli .

Saadi, 42, is also on trial for the 2005 murder of a former coach of Al-Ittihad football club.

The third son of the deposed president is also accused of “importing mercenaries, identifying and targeting the cities opposed to the old regime and thereby undermining the security and stability of the country”, the statement said.

The prison where he is held is controlled by Fajr Libya, a coalition of Islamist militias, who took control of Tripoli in August 2014 and has established a government and a parliament that are not recognized by the international community.

In August, state prosecutors had also said they were investigating a video that appeared to show guards beating Saadi. The video’s authenticity could not be independently verified.

Since Gaddafi’s fall, Libya has fallen into turmoil, with two rival governments and their allied armed factions fighting for control of the country and its oil resources. U.N. talks have so far failed to end the crisis.