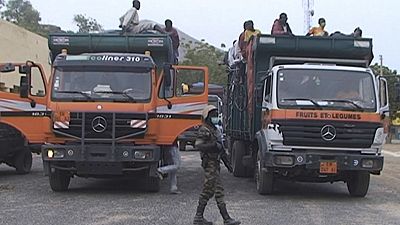 A Radio France International (RFI) correspondent, appeared before a military court in Cameroon’s capital Yaounde for the first time on Monday.

Ahmed Abba, a Hausa language correspondent for RFI was arrested in July 2015.

He faces charges of “complicity in terrorism and failing to denounce acts of terror”, according to a charge sheet read in court on Monday.

He however denied the charges.

The trial was adjourned to March 28 when the judge is expected to rule on complaints by Ahmed’s lawyers that his rights have been abused and that he was tortured.

Abba is accused of being an accomplice to two members of the Nigerian Islamist group Boko Haram, which has launched attacks on Cameroonian soil.

The prosecution also accused Abba of “failing to notify” authorities when he became aware of the “activities of the Boko Haram sect”.

His lawyers denounced four “serious violations” of the rules of procedure and have requested that the trial be scrapped since his detention is “arbitrary and unlawful”.

Abba was arrested on July 30, 2015 in Maroua, capital of the Far North region where more than 1,200 people have been killed in attacks attributed to Boko Haram, but was later transferred to Yaoundé.

Lawyers for the journalist say he was initially denied access to his family and legal team when he was detained.

Cameroon in December 2014 adopted a controversial anti-terrorism law, which permits the death penalty as a sentence for perpetrators or accomplices of terrorist acts.