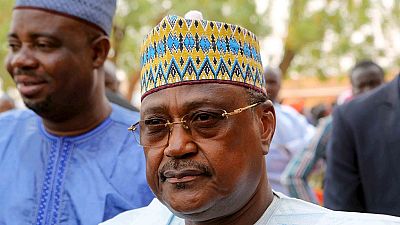 Niger’s opposition has rejected partial results from Sunday’s polls released on Tuesday, claiming they are contrary to information from their representatives.

The partial results from Zinder in the South of the country have been challenged.

“We do not recognise the results that have been released so far,” Amadou Boubacar, spokesman of the coalition for 2016 change told the press.

The population has been urged to side with the opposition which considers the results “contrary to the outcome of the ballot box.”

Niger authorities have been trumpeting that the ballot was held in compliance with international standards.

“It has been a long time that they (the opposition) say that they cannot recognise the results. This is not a surprise. Hassoumi Massaoudou, Niger’s Interior Minister said.

Massaoudou however said the ruling party will quickly hand over should they loose the elections.

Incumbent president Mahamadou Issoufou, 63, nicknamed “the lion” is competing for a second five year term and promised to win in a “knock out.”

About 7.5 million voters went to the polls to choose a president from among 15 candidates. They also voted for new representatives.

With a population of about 18 million, Niger is among the poorest countries in the world and faces rising internal strife and terrorist threats.