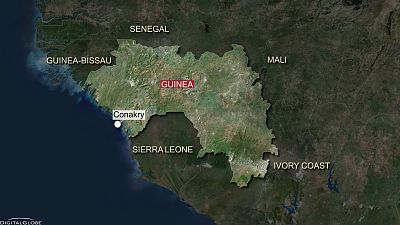 More than a dozen trade unionists were on Thursday arrested in the Guinean capital, Conakry following clashes on the fourth day of a general strike in the country.

The unions have been on strike since Monday after failed negotiations between them, management and the government.

A union official, Oumar Barry told the AFP “at least 16 of our comrades were arrested and (are) held either in police stations or in the gendarmerie squads in the capital.”

The officials he said were arrested in the Ratoma and Matoto areas as well as in suburbs in the capital where some youth clashed with commercial vehicle operators.

Some young people on Thursday blocked access to the Fidel Castro highway which connects the airport to the city center, in keeping with the strike.

The action led to a clash between the youth and taxi drivers as well as other public transport operators who forced their way through the erected barricades.

Security personnel intervened to disperse the youth and to clear the highway.

The general strike by the unions say is ensure government settles their outstanding claims for 2015 and 2016.

It is also to demand a reduction in fuel prices and satisfactory wage claims.

Talks have been ongoing since Wednesday between the various parties to find a resolution to the impasse.

A government spokesperson said late Wednesday that an agreement had been reached with the unions.

But on Thursday, a representative of the unions, Mamadou Mansaré told the AFP that no agreement had been reached and that the strike would continue.