Burundi and DRC implore UN to take action against Rwanda 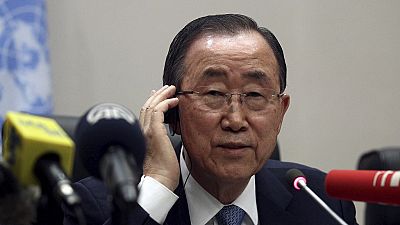 Burundi and the Democratic Republic of Congo are urging the UN Security Council to take action against Rwanda, which they accuse of recruiting refugees to oust the Bujumbura government, according to letters released on Wednesday.

Rwanda has repeatedly denied claims that it was arming Burundian refugees in a bid to overthrow President Pierre Nkurunziza, whose re-election has plunged his country in turmoil.

Burundi’s Ambassador to the UN, Albert Shingiro in a letter called for an urgent council meeting to “take appropriate action to ensure that the Rwandan government does not engage in any act designed to destabilize Burundi”.

The DRC’s Ambassador Ignace Gata Mavita in a separate letter asked the 15-member Council to “condemn without delay” Rwanda’s actions and press Kigali to immediately end recruitments and other operations.

Burundi has been in turmoil since Nkurunziza announced plans in April last year to run for a third term, which he won.

More than 400 people have been killed and some 230, 000 have fled the country in the conflict that the United Nations fears could degenerate into ethnic warfare – similar to the conflict that led to the 1994 genocide in Rwanda.

UN Secretary-General, Ban Ki-moon, is expected to travel to Burundi next Monday to push for political talks and a stronger international presence to pull the country back from the brink, diplomats said.

A UN panel of experts reported last month that Rwanda had recruited refugees, including children, in a camp in the eastern part of the country and provided them with two months of military training with a view of ousting Nkurunziza.

The United States, which has friendly relations with Rwandan President Paul Kagame, has said the reports of Kigali’s military activities in Burundi are credible.

During a visit to Burundi in January, Security Council ambassadors heard Nkurunziza blame Rwanda for the violence in his country.

France is preparing a draft resolution that could provide for a UN police force to be deployed to Burundi to help quell the violence after Nkurunziza rejected a proposed 5000 African Union peacekeeping force.