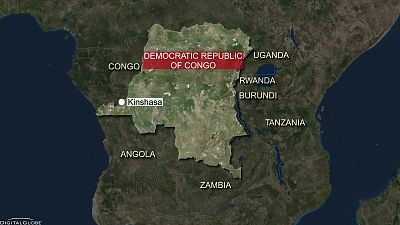 Public transport services in Kinshasa, the capital of the Democratic Republic of Congo virtually ground to a halt Tuesday morning as a strike called by the opposition coalition took effect.

The strike or “ghost town” action is meant to serve as a ‘warning’ to President Joseph Kabila not to contest the upcoming elections expected to be held in November.

A resident of Salongo in the Lemba municipality told Africanews the traffic situation there was fluid adding that the usual crowding of passengers at the taxi station was absent.

“In my neighborhood, people went out to work, but many had to call the motorbike taxis,” said Raoul Biletshi.

He also said there was an unusual deployment of Police personnel.

“I feel that the police presence has been strengthened. This morning I saw ten times the number deployed which is unusual.”

The AFP also reports traffic was fluid in the southern districts, as well as in the center and north of the capital – areas where people usually have to leave home as early as 4:30 local time (3:30 GMT) to avoid traffic.

Leader of the opposition Engagement for Citizenship and Development (ECIDE) party, Martin Fayulu together with one of the organisers of the strike were arrested on Sunday.

Fayulu said he has still not been given any reason for his arrest.

The “ghost town” strike was initially planned to honour Congolese who died on February 16, 1992 during a national sovereignty conference.