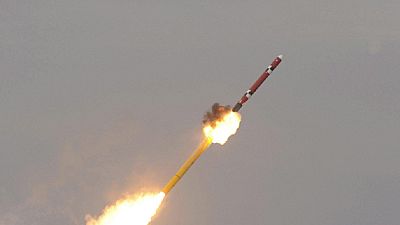 North Korea has in spite of international warnings, launched a long-range rocket which its neighbours and Washington have denounced as a missile test.

The move comes just weeks after North Korea said it had tested a nuclear bomb.

According to North Korean state media, the rocket was launched to put a satellite into orbit to observe the Earth adding the launch was successful.

South Korea’s President Park Guen-Hye however says the North is trying to advance its missile capability and the United Nations must act.

“North Korea ignored a warning from the international community and has committed an unacceptable provocation by launching a long-range missile after conducting the fourth nuclear test” she said.

Japanese Prime Minister Shinzo Abe said “To launch a missile after conducting a nuclear test goes clearly against the U.N. resolution. We will respond resolutely, coordinating closely with the international community.”

The UN press office has confirmed an emergency meeting of the Security Council will be held later on Sunday.

South Korea has also said it would hold discussions with the US over the deployment of an advanced missile defence system.