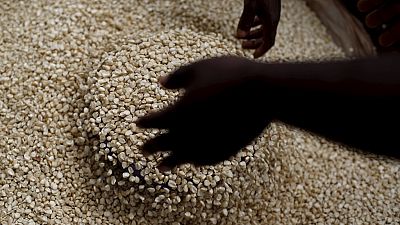 <p>South Africa’s Grain SA has lowered its estimates for maize imports to about 3.8 million tonnes. The body had earlier given an estimate of 5 million tons based on a government forecast.</p> <p>South Africa’s government hopes to produce 7.44 million tonnes of maize this year.</p> <p>Previous estimates were linked to the El Nino weather pattern.</p> <p>Maize production in the country has been affected by serious drought.</p> <p>Grain SA, a voluntary association of grain farmers established to represent the interests of its members, said the change in the imports estimate was due to the higher-than-expected forecast of maize that the government expects to reap this year.</p>