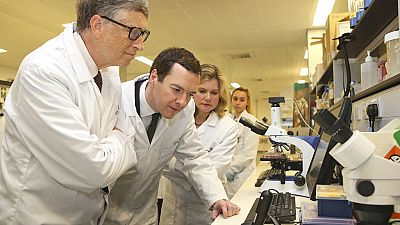 The UK and the American billionaire Bill Gates have launched a joint fund worth some $4.3 billion, to help fight malaria for the next 15 years.

In a joint statement in a London based Times newspaper, Bill Gates and UK Chancellor of the Exchequer, George Osborne said “ when it comes to human tragedy, no creature comes close to the devastation caused by the mosquito”.

“We both believe that a malaria-free world has to be one of the highest global health priorities,” they added.

The UK pledged $ 715 million annually for the next five years, whilst the Bill and Melinda Gates foundation pledged $ 200 million this year.

The fund will support malaria research and assist regional programmes to fight malaria.

According to the World Health Organization, about 3.2 billion people are at risk of malaria, mostly in Sub- Saharan Africa.

However there has been some gains in the fight against malaria. Between 2000 and 2015, the rate of new malaria cases fell by 37 percent globally with malaria deaths falling by 60 percent globally among all age groups, and 65 per cent among children under 5.