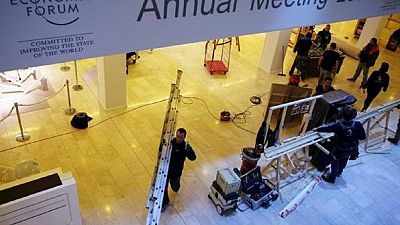 From January 20 to 23, some 40 global leaders and 2,500 business and civil society leaders will gather in the Swiss alps, Davos, to discuss pertinent issues affecting the world with the hope of making it a bit better.

Working with the theme “Mastering the Fourth Industrial Revolution”, the World Economic Forum this year will focus on how to fuse advancements in technology with our current physical, digital and biological worlds.

The Fourth Industrial Revolution refers to the ongoing transformation of our society and economy, driven by advances in artificial intelligence, robotics, autonomous vehicles, 3-D printing, nanotechnology and other areas of science.

African leaders such as South Africa’s President, Jacob Zuma are expected to make a case for the continent at the World Economic Forum.

Mali’s President Ibrahim Boubacar Keita and Tunisia’s Prime Minister, Habbib Essid whose countries have in the recent past suffered some attacks from extremist groups, will be part of a panel that will discuss how to address global security issues.

Also attending the forum will be the President of the African Development Bank, Akinwumi Adesina and Nigerian entrepreneur and philanthropist Tony Elumelu.

With the meeting coming on the back of Oxfam’s latest report about the widening gap between the world’s rich and poor, Kemi Adeosun, Finance Minister of Africa’s biggest economy, Nigeria, is expected to share some insights as to how Africa can work to bridge the poverty gap.

Governor of Tanzania’s Central Bank, Benno Ndulu and Governor of the South African Reserve Bank, Lesetja Kganyago will also be speaking at various events during the summit.

With a 1% rise in female representation at Davos this year (up from 17% in 2015), Africa’s gender issues will be forcefully pushed by the likes of former Nigerian Finance Minister and now Chair of GAVI Alliance, Ngozi Okonjo-Iweala and Winnie Byanyima a former Director of Gender and Development programmes at the United Nations Development Programme and the AU Commission, now Executive Director of Oxfam International.

A new industrial revolution (as suggested by the theme) means a new kind of leadership. Young female African voices at Davos this year will include Naadiya Moosajee, a civil engineer and CEO of WomEng, a South African NGO that trains women as engineers, Matsi Modise, Managing Director of SiMODiSA Start-Up and youth development advocate Lillian Secelela Madeje who is the Co-Founder of Ekihya Consulting.

Davos 2016 will discuss critical current challenges such as security, climate change, global growth and commodity prices among others.