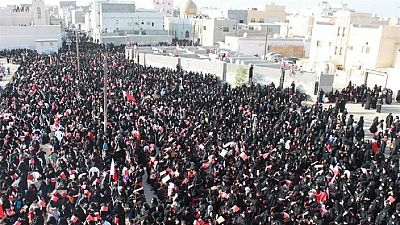 Tunisians are marking 5 years since an uprising that ousted the former President of Tunisia, Ben Ali.

It all began when a young fruit vendor Mohamed Bouazizi set himself on fire, igniting weeks of demonstrations that spread across the country.

Local authorities had confiscated Bouazizi’s unlicensed cart several times before and in the month of December 2010 he set himself alight after a policewoman confiscated his cart and goods and slapped him. Today he is remembered for being patriotic in expressing his disappointment with the country’s regime.

The demonstrations piled a lot of pressure on the former president. In a bid to quell the unrest, veteran leader President Zine al-Abidine Ben Ali announced in a television address that he would not seek a sixth term in office. He made sweeping concessions, saying security forces would no longer use live ammunition against protesters and promising freedom of the press and an end to Internet censorship.

However, determined to see an end to 23 years of repressive rule, Tunisians continued their protests. Despite promises to step down, Ben Ali refused to sign a deal that would transfer power.

The progressive Arab spring swept across North Africa. Egypt’s with Hosni Mubarak and Muammar Gaddafi of Libya were removed from power. as a result.

In Yemen, after ten months of unrest and deteriorating security around the country, the former President Saleh finally agreed to step down in November 2011, with elections taking place the following February.

The overthrow of Tunisia’s Zine al-Abidine Ben Ali shocked the Arab world and shattered the believe that its oppressive, army-backed rulers were immune to popular discontent.