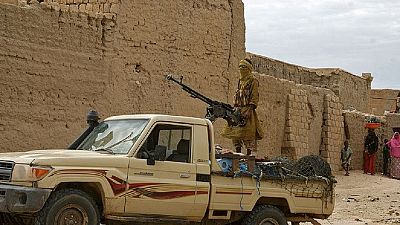 Some 30 Islamists have launched a hunger strike at Mauritania’s main jail saying they are being punished after a New Year’s Eve escape by a high-profile prisoner facing death over an Al-Qaeda assassination plot.

The prisoners said in a statement that they had started the protest Monday at the main prison in Nouakchott, the capital, and would continue until all their demands had been met.

These included “visits by family members and for a doctor to be present on the premises round the clock for faster access to prescribed medicines,” the statement said.

The prisoners alleged they were facing “punitive measures after the escape of an Islamist prisoner we had no connection with.”

Cheikh Ould Saleck, 31, on death row since 2011 over an Al-Qaeda plot to assassinate the president, was last seen by fellow inmates at Nouakchott’s central prison at midday on December 31.

His absence from evening prayers alerted his fellow inmates who went to fetch him and found his cell locked.

A guard smashed open the door and found a flag of Al-Qaeda in the Islamic Maghreb (AQIM), the group’s north African franchise, according to a prison source.

Ould Saleck and a fellow AQIM jihadi were arrested on the outskirts of the Mauritanian capital in 2011 when the army foiled their plot to kill President Mohamed Ould Abdel Aziz using two car bombs.

A Mauritanian gendarme was killed and eight wounded in a firefight following the failed attack, while four suspected AQIM members died.

Ould Saleck’s wife and sister, who used to visit him in jail, were arrested on January 4.