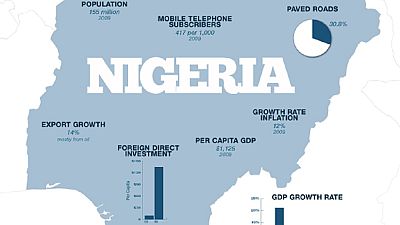 As Nigeria, Africa’s biggest economy plans to diversify its revenue, the country’s foreign reserves fell by $112m in just five days to $28.69bn.

Central Bank of Nigeria revealed that the loss, recorded between December 31 and January 6, was the biggest in the country’s reserve since CBN implemented the use of Bank Verification Number (BVN) in forex trading.

The interbank foreign exchange market was closed by the CBN on December 21, 2015 to conserve forex for an opening on January 4, 2016, leaving the parallel market as the only source of forex through the festive period.

However,CBN said it was planning to implement a new guideline for forex trading on the parallel market to curb speculation and forex scarcity.There have been various calls for flexibility in the foreign exchange policies of CBN.

The International Monetary Fund Managing Director, Christine Lagarde, had in a recent meeting with Buhari stressed the need for flexibility with monetary policies in order not to deplete the reserves.

“We believe that with very clear primary ambition to support the poorer people of Nigeria, there could be added flexibility in the monetary policy, particularly if as we think the price of oil is likely to be low for longer (period).

Lagarde had also warned that a nation’s foreign reserves are usually an indication of the health of its international trade, with import-dependent countries often disadvantaged in their current account balance as a result of forex expenditure outstripping income.