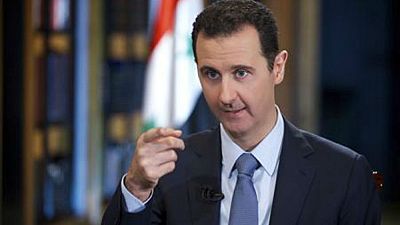 Damascus has finally agreed to participate in party talks scheduled for January in Geneva. This was coordinated by China and it is seen as a major advance in creating peace in Syria.

“Syria is ready to participate in the Syrian-Syrian Dialogue in Geneva without any foreign interference and our delegation will be ready as soon as we receive a list of the opposition delegation,” said Syrian Foreign Minister Walid al-Moualem.

The agreement comes just days after the adoption by the UN Security Council of a roadmap for a political solution to the civil war that has ravaged the country.

Russia has also agreed to the call which will provide solutions to the ongoing war and establish a transitional government.

Syria is determined to combat terrorism acts that has seen majority of its population flee away to neighbouring countries for their safety.

“The Syrian minister have made it clear that they firmly oppose terrorism, which is welcomed by China. China holds that any efforts willing to combat terrorism should be respected and be supported,” said Wang Yi.

The conflict in Syria has left more than 250,000 dead and millions displaced. According to the UNHCR, over 4.4 million Syrians have flee to seek refuge in other neighbouring countries.