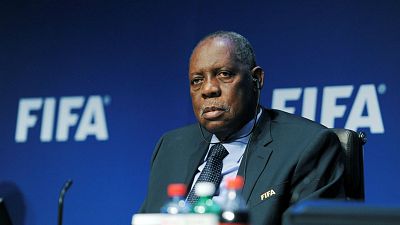 The Cameroonian, who is temporarily acting as head of the governing body of world football has co-signed an open letter Friday, December 18 speaking to issues of transparency at FIFA.

The document was published in FIFA’s magazine The Weekly. In nine points, the two men make proposals for reform and make the assumption that greater transparency could help to “establish safe sports institution, professional and fully accountable before the World Cup 2018.” The assumed objective is to regain the confidence of all partners of world football.

Issa Hayatou and Markus Kattner propose to bring more clarity on the management of football. “A clear separation of powers between the political sphere of football and financial and commercial operations of FIFA” is needed they said. The measure could limit potential conflicts of interest, such as those that led to cascading scandals currently facing world football. FIFA will also give control of all financial transactions to an independent body.

While the revelations of corruption have taken global proportions, FIFA’s interim authorities propose that these principles of good governance be extended to all member associations.

Reforms in all directions

Another major point of the open letter:

Hayatou and Kattner promote independence and competence among the members of commissions critical of FIFA.

These include the Committee on Finance, that of development, governance, and finally the one in charge of auditing and compliance.

In addition to the promotion of women’s football, the document also stresses the need to establish a mechanism for limiting the duration of the functions of the main leaders of FIFA in three four-year terms. These proposals involved two weeks after the holding of the executive committee of FIFA, which had already approved a number of reforms relating to the promotion of transparency. A willingness to challenge that should be effective at the Congress of February, 2016.

Read the open letter in full